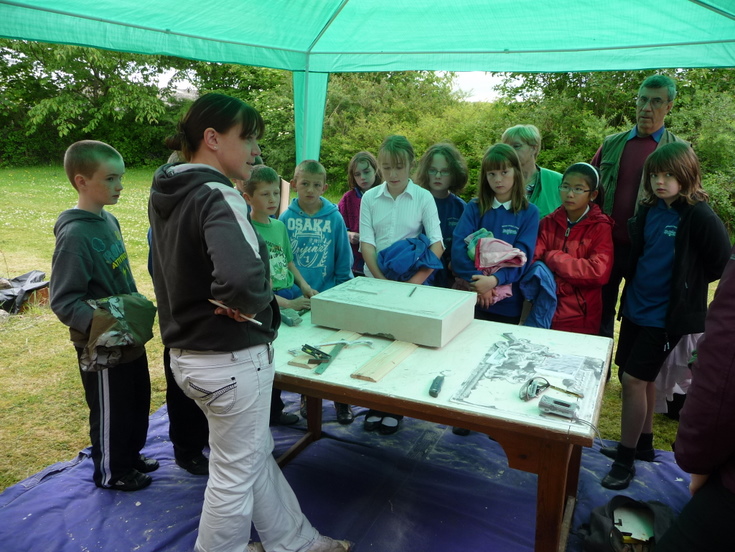 Set of six colour photographs of the Dornoch Primary School Coat of Arms project 2010, which was associated with the production of the replica of the Embo House armorial stone (see 2010.108.01-07) The children embarked on their project after viewing local sculptress Joanne Coombes carving the replica of the armorial stone in the garden of Historylinks museum
Picture added on 07 November 2010 at 11:13