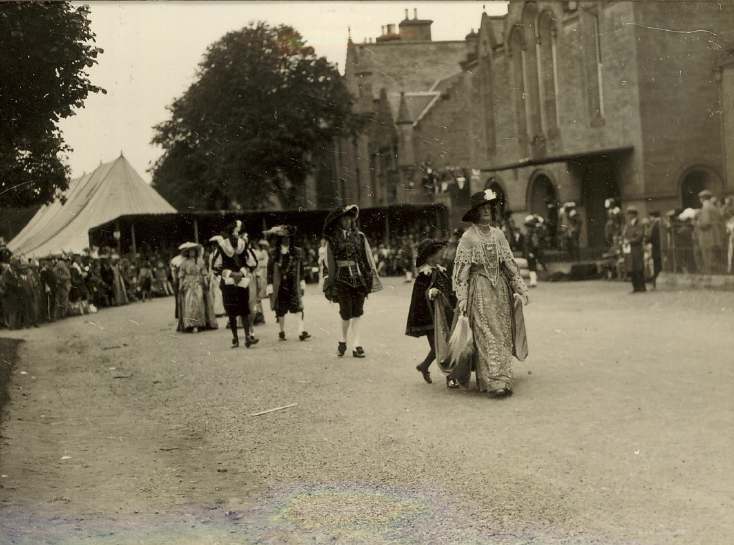 Monochrome photograph of performers in costume parading in the Square, Dornoch as part of the 1928 Pageant. One of five photographs, (two to a page) in an album with stamp of C M Gillespie, Castle Street, Dornoch inside. There are 43 photographs missing from the album which is cloth covered, grey with yellow, green, blue, red and white splotches.
Picture added on 24 April 2008