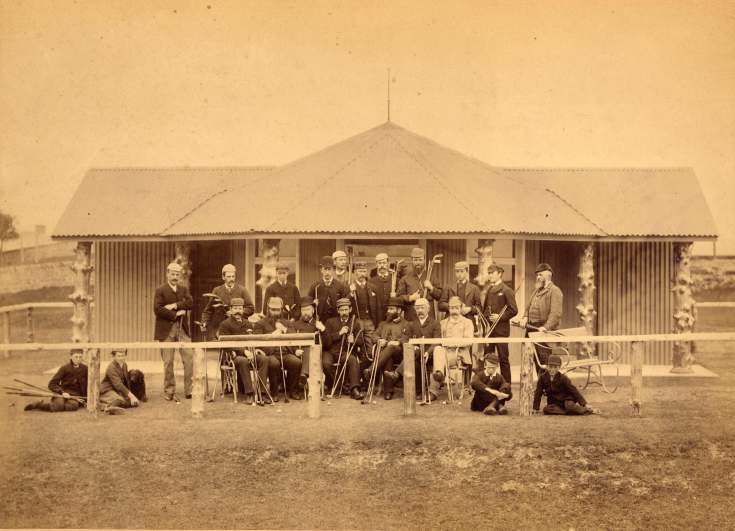 Photograph, mounted on thin board, of a group of golfers in front of the original clubhouse in the late 1880s; the clubhouse has a corrugated iron roof and the golfers have sets of loose clubs, without bags. This clubhouse became the professional shop in 1909 and demolished in 1973. Includes photocopy, slightly enlarged. The players may have been members of Brass Band.