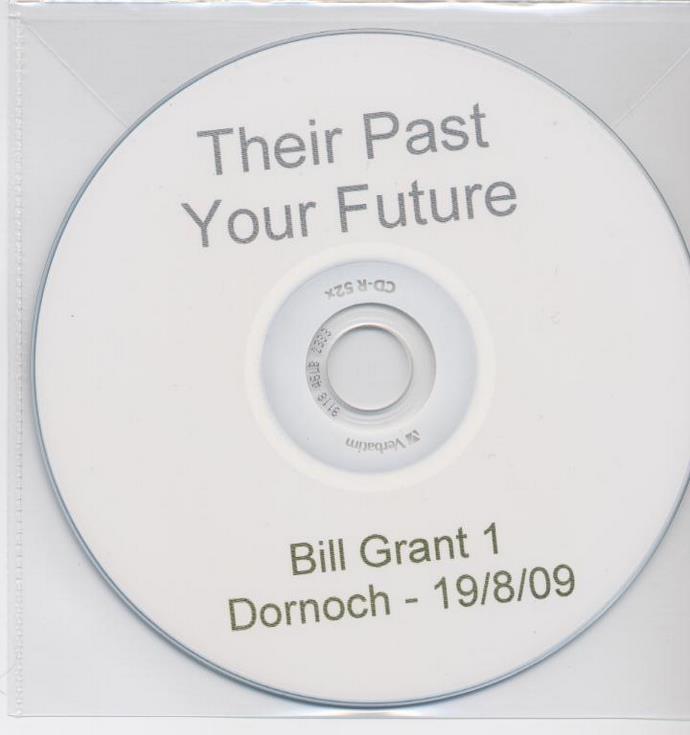 Frist of a pair of compact discs of the audio recording of an interview with Bill Grant in which he recounts his memories of childhood evacuation from Glasgow to Dornoch. The recording was part of the 'Their Past Your Future' project which culminated in an exhibition at Inverness Museum in April 2010.


Picture added on 02 May 2010
This picture is in the following groups
Audio clips
Comments:
I am collating details of all accidents involving Miles Martinet aircraft. For your information I have detailed below my file notes for the loss of HN939: I have adjusted my notes to incorporate the detail provided in Bill Grant's recording.