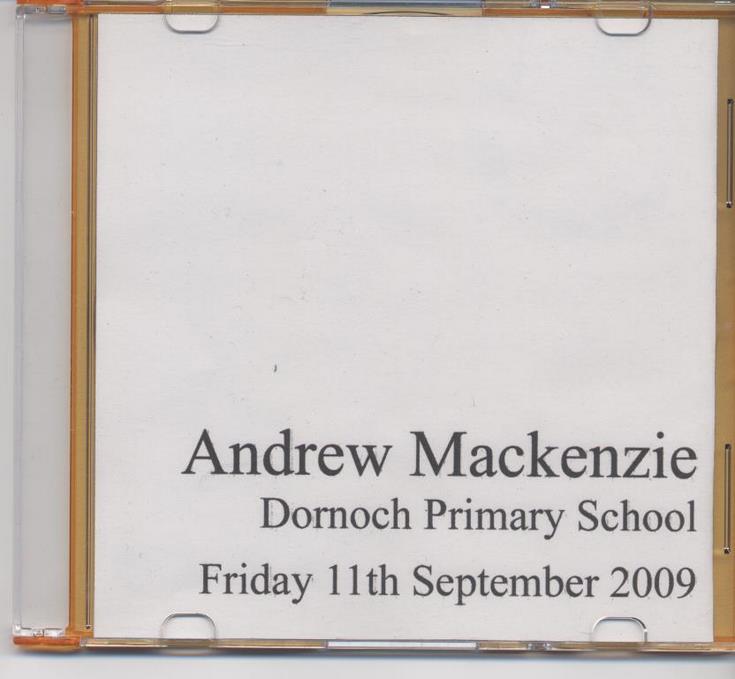 DVD providing an audio visual record of an interview with Andrew MacKenzie, recorded at Dornoch Primary School 11 Sep 2009, in which he recounts his memories of serving in Bomber Command during World War 2. The recording was part of the 'Their Past Your Future' project which culminated in an exhibition at Inverness Museum in April 2010.