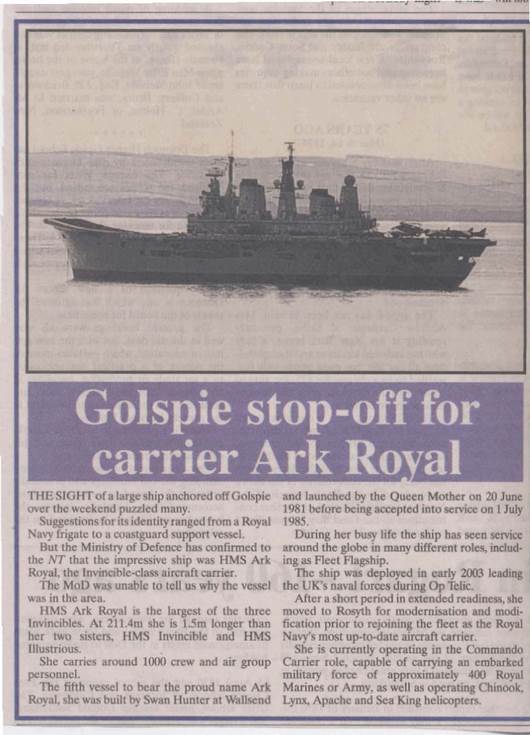 Extract from the Northern Times of March 12, 2010, with photograph, of the anchoring off Golspie of the aircraft carrier HMS Ark Royal. The 211m carrier was anchored about 2 miles off-shore from the afternoon of 6 March until the early evening of 7 March, just over 100 years after the battleships anchored in approximately the same area (see 2009.111.02) in Dec 1909. A report on BBC Scotland TV News on 12 March recorded that the carrier, launched by the Queen Mother in 1981, was on sea trials in the Moray Firth following refit.