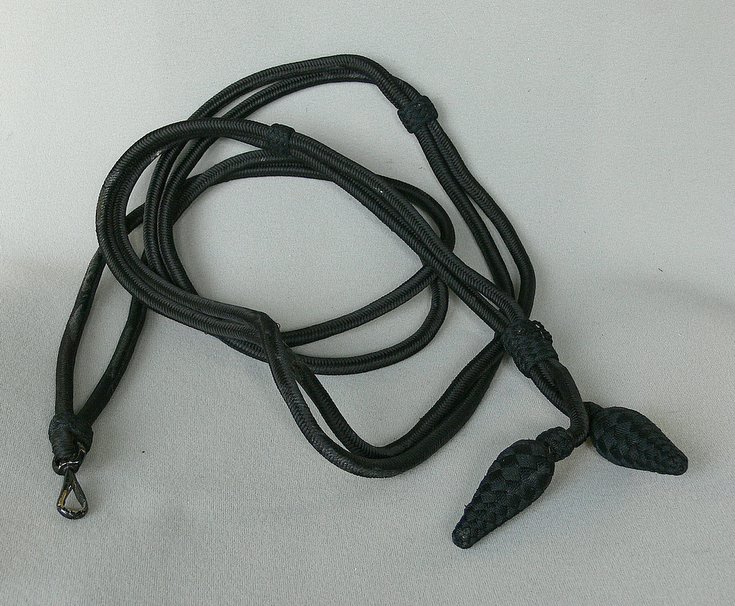 A double cord dress lanyard, known as 'Lines', 1830 mm long and cord diameter 17mm, with clip fixing at one end and a pair of knotted toggles known as 'Aglet' at the other end. The lanyard was attached to a small ring at top right of the Cameronians uniform jacket with the Aglet dangling on the wearer's chest. The lanyard was then looped under the left arm and attached using the spring clip to a small ring at centre rear of the Chako headress. (see photographs at 2008_146_16 and 17). The Regimental Standing Orders for the Cameronians (2008_146_13) concerning forms of dress states at page 77 "Lines are to be adjusted so that the loop just clears the top edge of the cross belt in front and to haang not lower than the waist belt behind."
Picture added on 27 April 2010