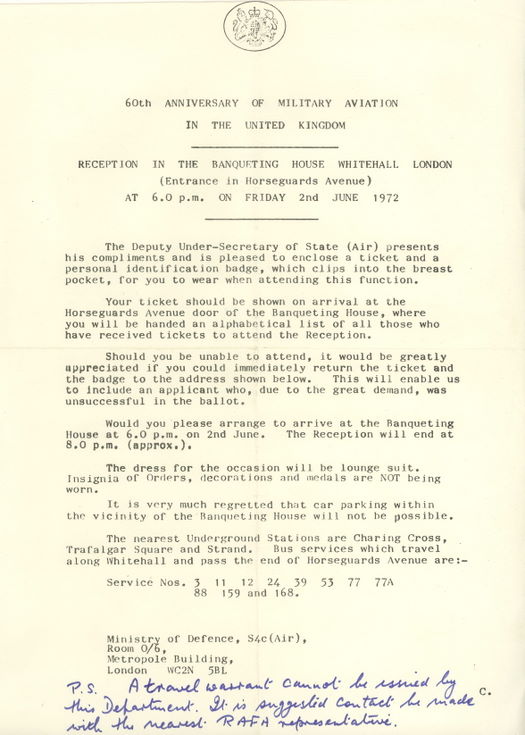 Covering letter from the Ministry of Defence , S4c(Air) enclosing a ticket and personal identification badge for those attending the Reception in the Banqueting House Whitehall to celebrate the 60th Anniversary of Military Aviation in the United Kingdom (see Invitation Card 2010_013_34). The letter has a handwritten postscript to the effect that a travel warrant cannot be issued for attendance and suggestion contact with the nearest local representative of the RAF Association.
Picture added on 12 March 2010