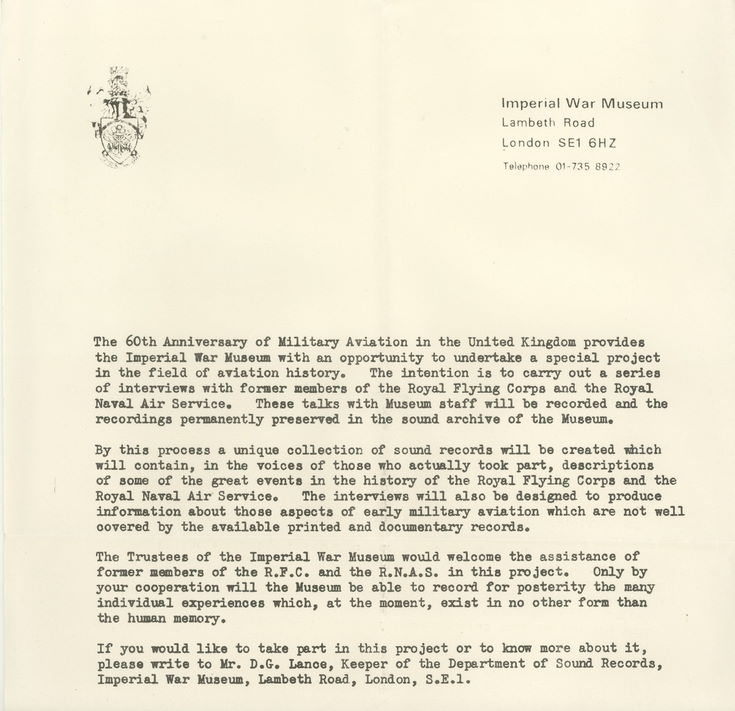 Undated letter from the Imperial War Museum, London SE1, concerning the 60th anniversary of Military Aviation in the United Kingdom with a series of interviews, recorded and preserved in the sound archive of the museum, with former members of the Royal Flying Corps and the Royal Naval Air Service. The letter requests those interested in taking part in this project to write to the Keeper of the Department of Sound Records a the Imperial War Museum.
Picture added on 12 March 2010