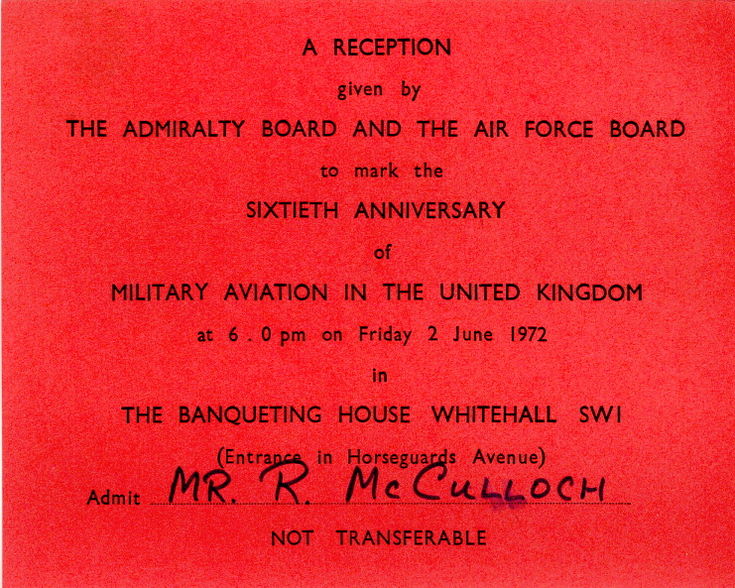 Red card invitation to a reception given be The Admiralty Board and the Air Force Board to mark the Sixtieth Anniversary of Military Aviation in the United Kingdom at 6.o pm on Friday 2 June 1972 in the Banqueting House, Whitehall SW1 (entrance Horse Guards Avenue) to Mr R McCulloch. (see Ministry of Defence covering letter at 2010.013.41)
Picture added on 12 March 2010