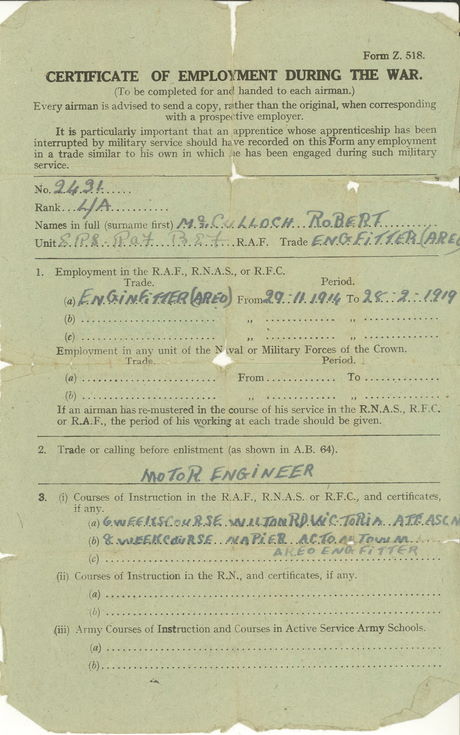 First of a collection of documents relating to Robert McCulloch who became a chauffeur for Mrs Andrew Carnegie, a Certificate of Employment During the War Form Z 518 for L/A (leading Aircraftman) McCulloch Robert, Engine Fitter (Aero) Royal Air Force for the period 29.11.1914 to 28.2.1919. A note on the reverse indicates that the purpose of the certificate was to assist the airman to obtain employment on return to civilian life. Robert McCulloch was the father of Mrs Bobbe Macdonald the donor of Barbaraville near Invergordon. He subsequently became the chauffeur to Mrs Carnegie.
Picture added on 04 March 2010
This picture is in the following groups
Document Collections