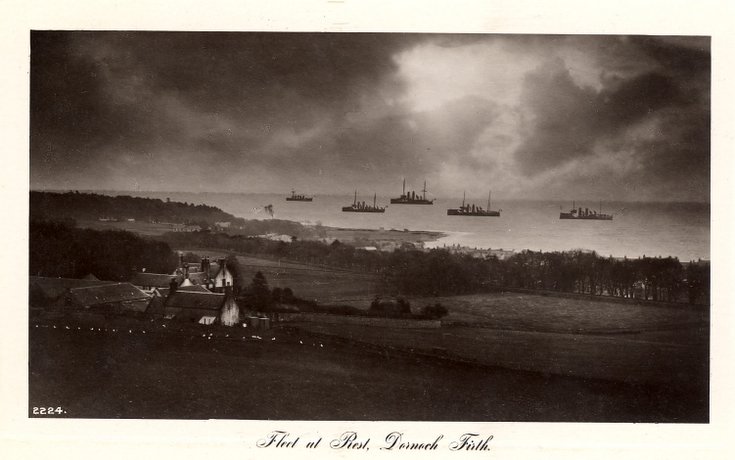 Monochrome post card with title 'Fleet at Rest, Dornoch Firth', showing five battleships anchored off Golspie. The photograph appears to have been taken from the lower slopes of Ben Bhraggie above Rhives Farm. The reverse is blank but has the normal postcard lettering and divisions with inscription 'Davidson's Real Photographic Series'. There is a date in pencil on the reverse 1911 although the extract from the Northern Times (see previous image) suggests it may have been taken in Dec 1909. One hundred years later a single warship anchored off Golspie see picture #8434
Picture added on 13 February 2010