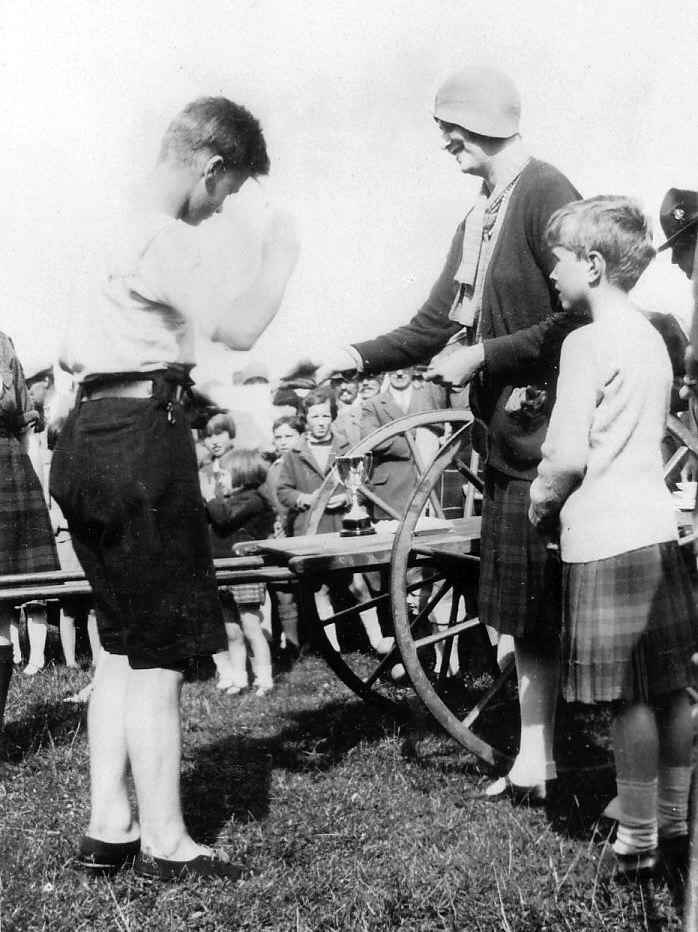 Ten sheets of brown paper with photographs of scout groups and individual scout members at various outings and scout camps during the years 1928-1934. Included in the selection : The Duchess of Sutherland presenting prizes on sports day at Dunrobin Camp, Golspie, in July 1929; camp activities at Overskibo, Beauly and Dunrobin Park along with scenes at the World Jamborees at Birkenhead and Arrow Park. The photographs are glued to the brown paper and there are some spaces where photos have been torn out. [See picture #5306 for an additional set of 19 scout photographs, some of which may have come from the brown paper sheets of this collection.]
Picture added on 24 April 2008
This picture is in the following groups
Clubs & Societies