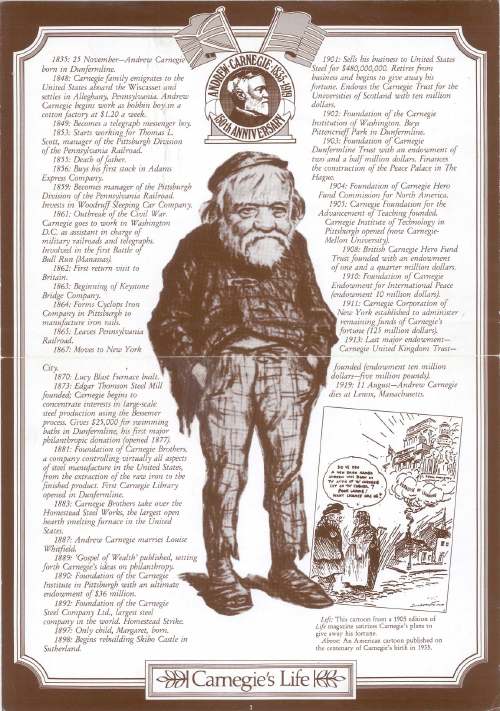 Set of 21 illustrated posters of the life of Andrew Carnegie published on the 150th anniversary of his birth. A3 size with brown type, illustrations and borders on white background. Sheet 16 has list of Carnegie libraries in Britain and Ireland.
Picture added on 24 April 2008
This picture is in the following groups
Carnegie