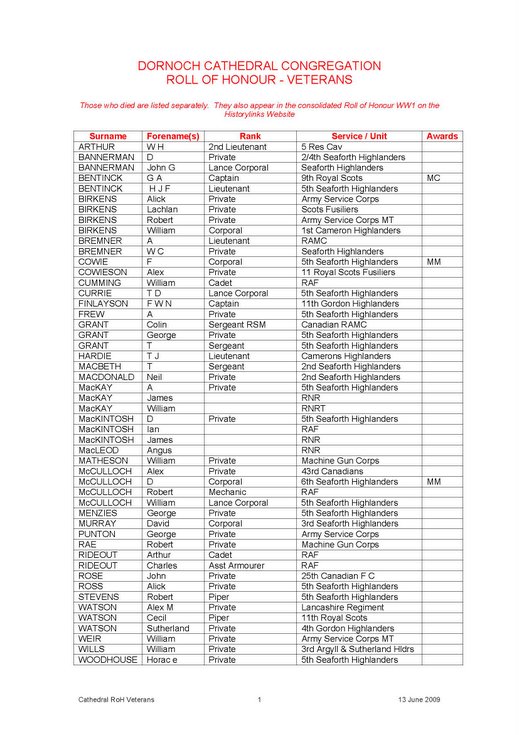 Extract from the Dornoch Cathedral WW1 Roll of Honour listing members of the congregation who served in the armed forces during WW1, including details of gallantry awards. The list, produced in 2009 as part of the Historylinks Year of Homecoming war memorial project, includes best known details as at 2009. (See also 2001_206_03 for a list of Dornoch WW1 veterans extracted from the Dornoch District Roll of Honour)