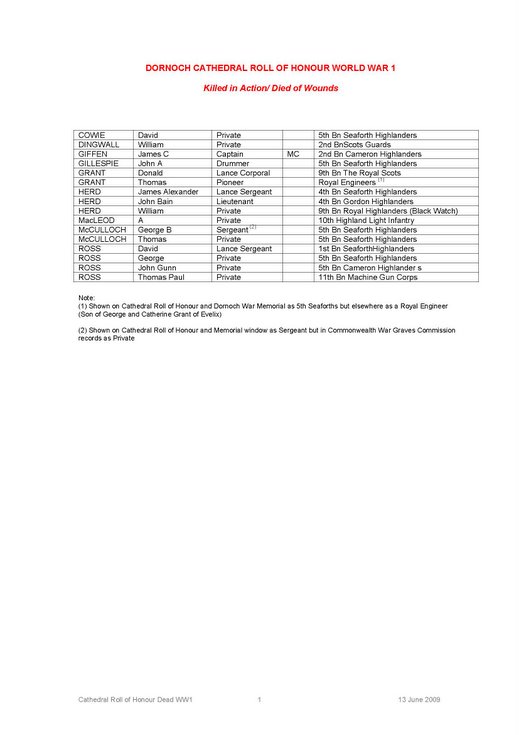 Extract from the Dornoch Cathedral WW1 Roll of Honour listing the 16 members of the congregation who gave their lives serving in the armed forces during WW1, including details of the award of a Military Cross to Captain James Giffen (whose name does not appear on the Dornoch War Memorial). The list, produced in 2009 as part of the Historylinks Year of Homecoming project, includes best known details as at 2009, with footnotes indicating errors in the Congregation Roll of Honour.