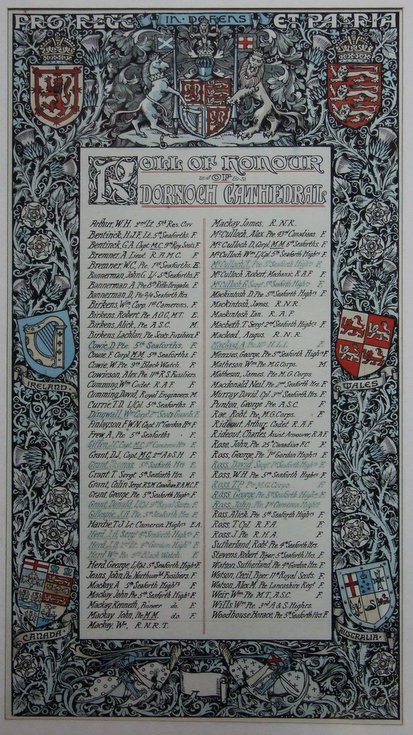 Colour photograph of the framed Dornoch Cathedral Congregation Roll of Honour in the knave of the Cathedral. The Roll of Honour includes those who served during WW1 and those who were killed, the latter including two names which do not appear on the Dornoch War Memorial. See 2009.050.07 for an extract of those who died and 2009.050.08 for WW1 veterans.
Picture added on 25 June 2009