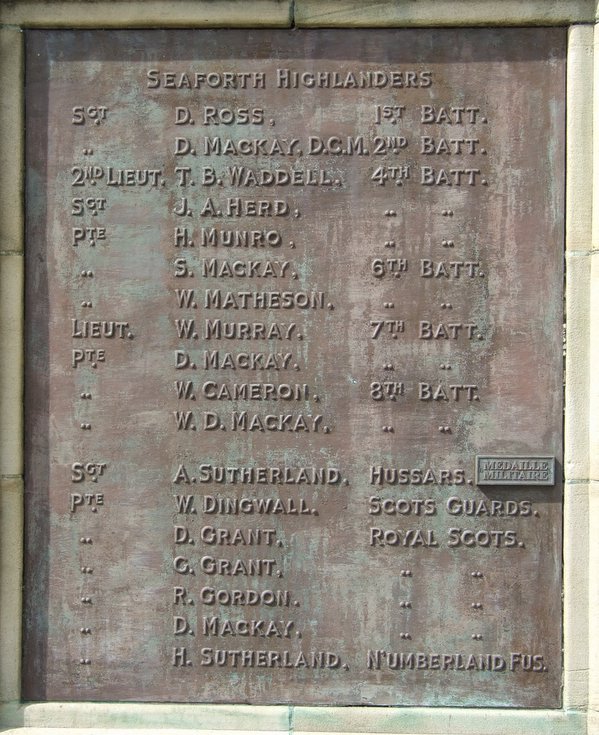 Colour photograph of the left plaque of Dornoch War Memorial with the names of 18 servicemen, 11 who served with battalions of the Seaforth Highlanders and 7 who served in other regiments, killed during World War 1. The names are listed in order of rank and then alphabetical. There are some errors in the WW1 plaque lists, in respect of ranks, decorations and the battalion in which the individual was serving at the time of death. The consolidated list (2009.050.01) provides best known details as as 2009. This plaque has had one addition recording the award for the French decoration Medaille Militaire to Sgt Alexander Sutherland.
Picture added on 25 June 2009