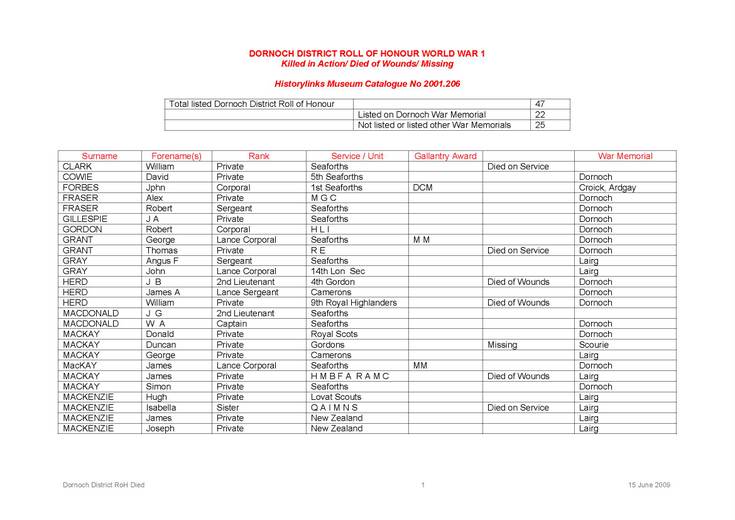 Extract from the Dornoch and District Roll of Honour of those who were killed or died in service during the Great War 1914-1919. The listing, in alphabetical order, includes awards for gallantry and the War Memorial commemorating the individual service personel. It includes 25 names not listed on the Dornoch War Memorial, indicating the broad geographical area of Dornoch District included in the listing.