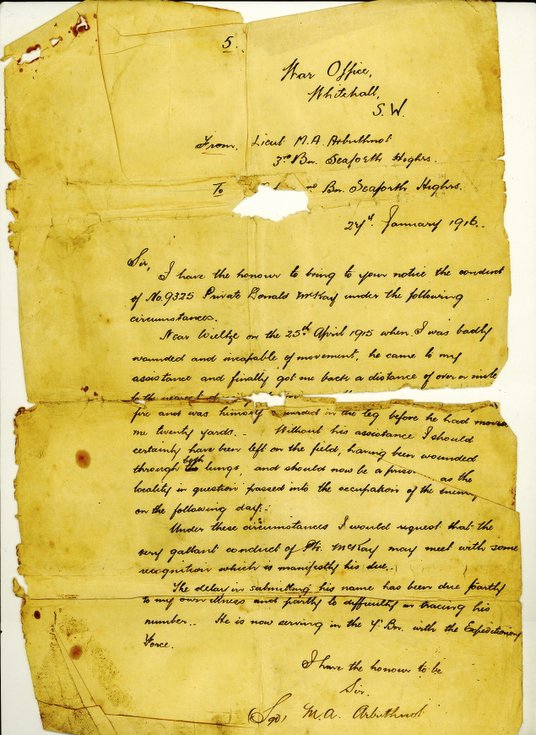 Handwritten letter from Lieutenant Arbuthnot the War Office dated 27 Jan 1916 recording the gallantry of Pte Donald Mackay on 25 April 1915 near Wiltze in rescuing Lt Arbuthnot who was severely wounded and incapable of movement. Lt Arbuthnot was taken back 1 mile even though Donald Mackay was himself wounded in one leg. The letter expresses the hope that his gallant act will be recognised. [Donald MacKay's gallantry was recognised with the award of a Military Medal]. (See also picture #6380 a watch presented by Mrs Arbuthnot to Donald Mackay in recognition of his bravery on 25 April 1915)
Picture added on 06 March 2009