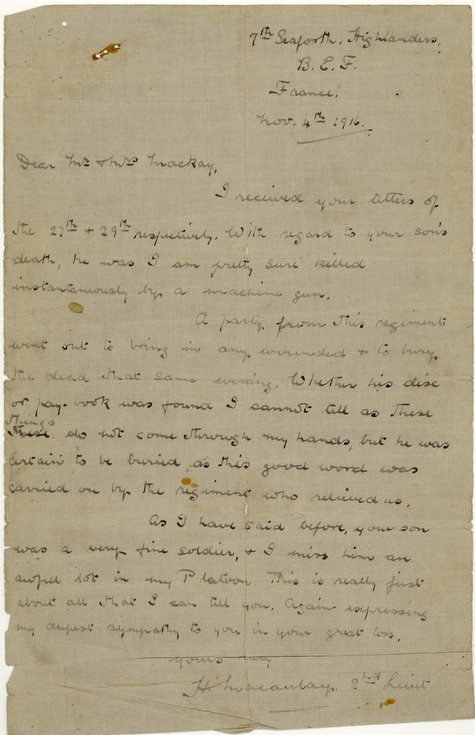 Handwritten letter dated Nov 4 1916 from the 7 Seaforth Highlanders BEF, France giving the circumstances of the death of Lance Sergeant Donald Mackay. Letter is in response to an equiry by his parents. The letter written by his Platoon commander states he "is pretty sure" that Donald was killed instantly by a machine gun. The remainder of the letter expresses sympathy and records the high regard for Donald.
Picture added on 06 March 2009