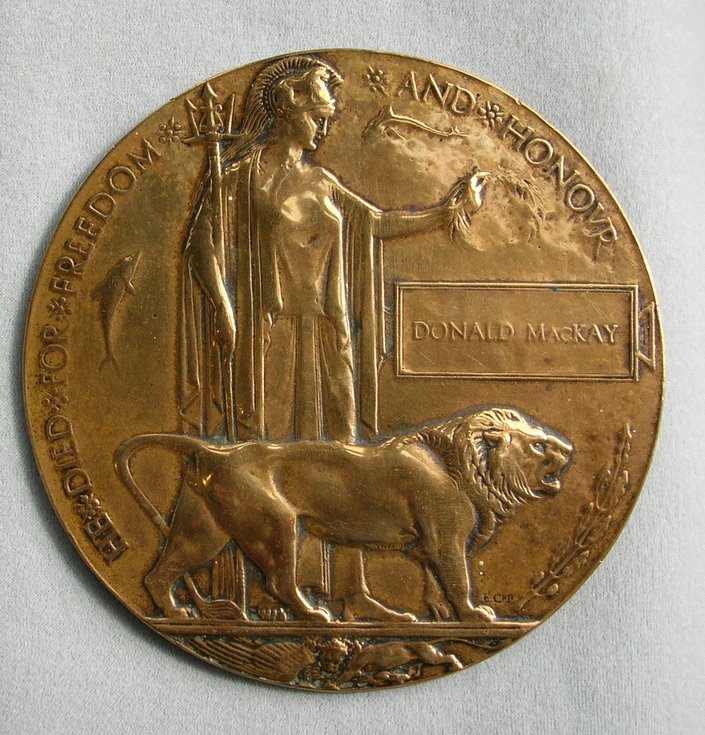 World War 1 plaque inscribed around the circumference 'He Died for Freedom and Honour' and within a small box the name Donald Mackay. 9325 Sergeant Donald Mackay, Second Seaforth Highlanders, was killed in 1916 at the Battle of the Somme. He was born in Embo on 18 July 1884 the son of Lexy Mackay 12 Back Street, Embo.
Picture added on 02 March 2009