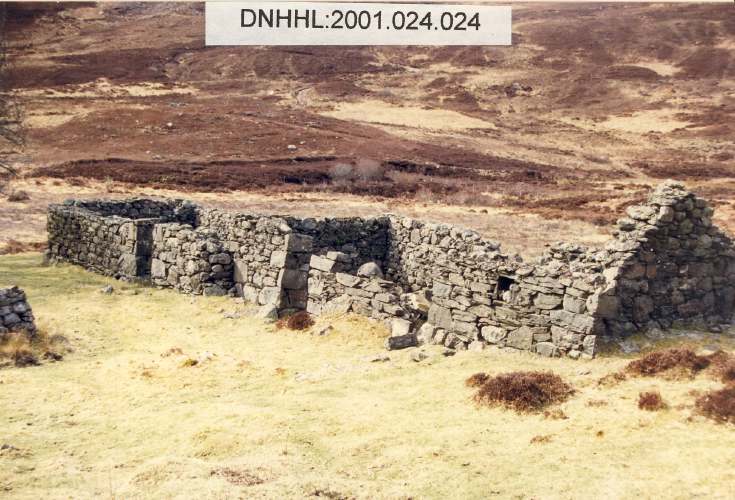 Colour photo of Tom Tosh's house taken by Peter Sargent. Mounted on a board with 11 other photos (numbered separately). The three lower left hand corner views (2001.024.022- 024) show Tom Tosh's large, and well built croft (NH 712 953). A remarkably large main house to the NE, with no less than three large windows, presided over the yard, bounded on the NW by a row of two sturdy buildings, one at least of which has been a dwelling house, and which is the only known example in the River Evelix catchment area of the traditional Scots recessed cruck construction of building. The yard was completed by a large square stone walled vegetable garden with a group of trees at the bottom. The interior shows a rudimentary fireplace at the gable end.
Picture added on 24 April 2008