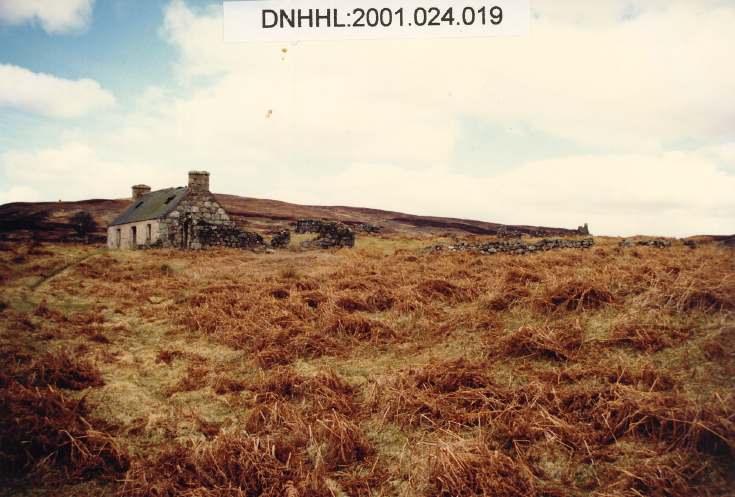 Colour photo of Strathan taken by Peter Sargent. Mounted on a board with 11 other photos (numbered separately). A series of five photographs (2001.024.17 - 21) of Strathan and its outhouses, or Old Houses (NH 708 960). The most intact one has been lived in within living memory, and was the family home of Mr Hugh Mackay in 1906. The older dwellings long antedate this house, and the group probably represents an example of building anew and down-grading the older dwelling to steading status for use as a barn, byre or other outhouse purposes, as it was replaced.
Picture added on 24 April 2008