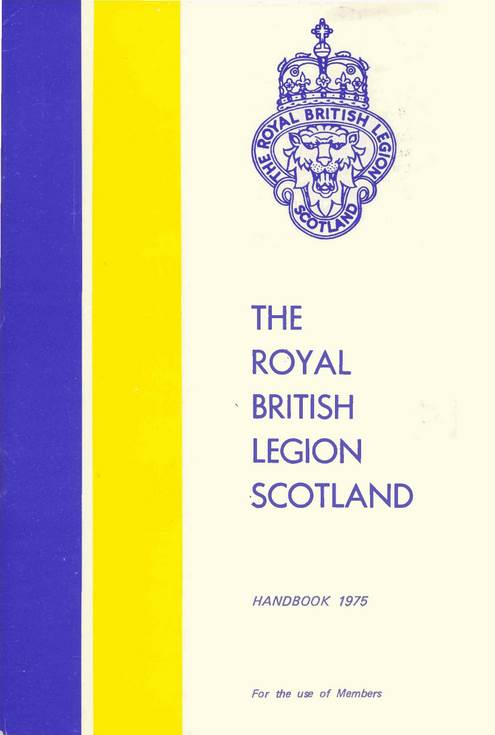 Royal British Legion Scotland handbook, white cover with blue and yellow stripes on the left hand side, and Royal British Legion badge. The rear cover has an advertisement for the Scottish National Institution for the War Blinded. There are 30 pages including the contents page, some advertisements and, on page 25, four photographs of the regulation dress of a colour bearer.
Picture added on 28 February 2009