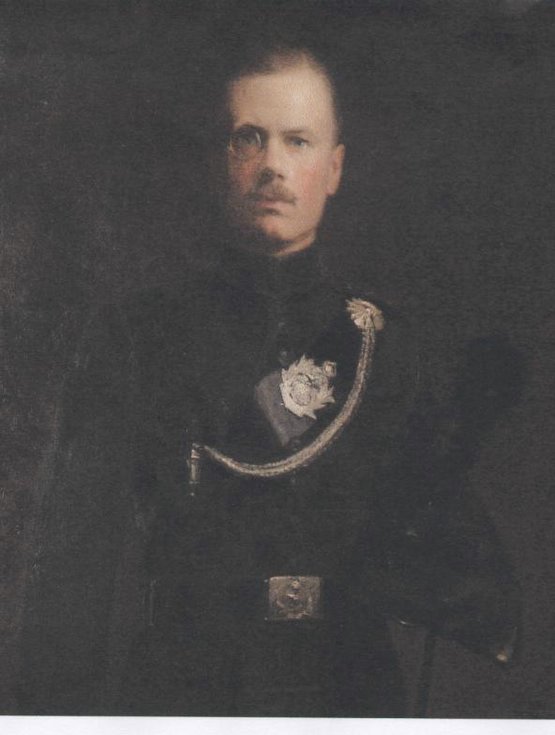 Photocopy of a colour portrait of Capt Ronald Hugh Walrond Rose, Cameronians (Scottish Rifles) killed in action October 1914. Captain Rose was one of three sons of Major Frederick William Rose and Katherine Gilchrist, daughter of Daniel Gilchrist of Ospisdale. Captain Rose held Regular Army Commission and served in India and in the Boer and was killed at Ypres in October 1914. (See picture #7858 and picture #7859 for cross belt accoutrements and picture #7863 for monocle as shown in this portrait)
Picture added on 22 February 2009
This picture is in the following groups
Capt Rose collection