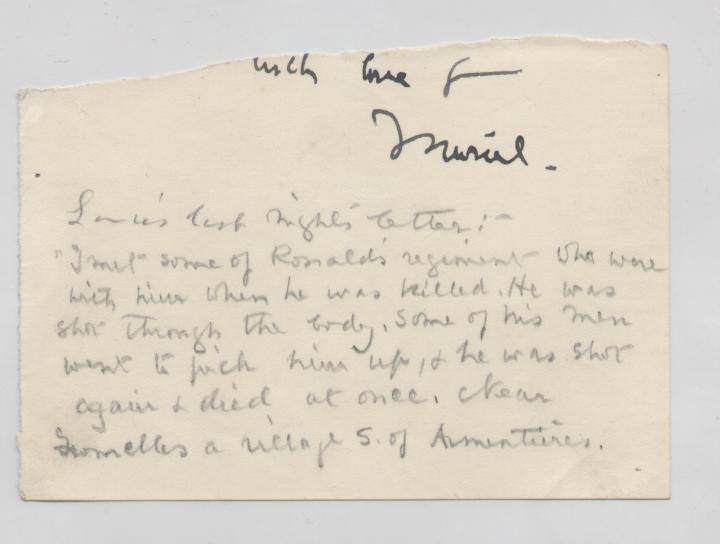 Hand-written quotation from a letter from Lancelot Rose (Capt Rose's brother): "I met some of Ronald's regiment who were with him when he was killed. He was shot through the body, some of his men went to pick him up and he was shot again and died at once. Near Framelles a village S of Armentieres."
Picture added on 20 February 2009