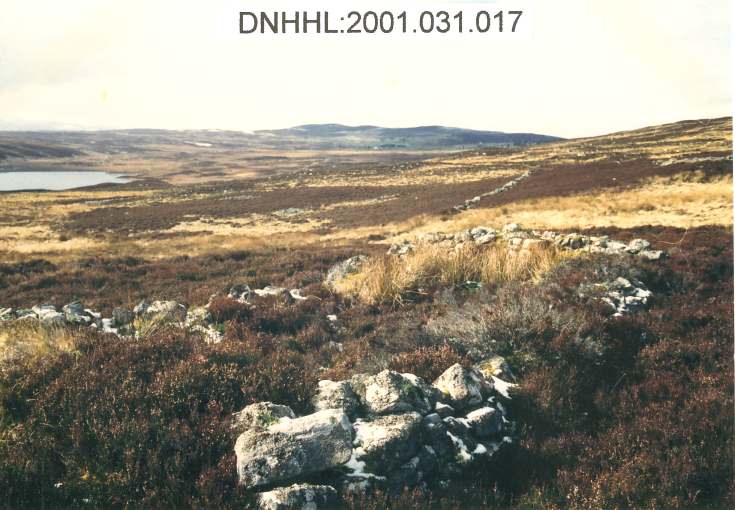 Colour photo of south-east house at Leathad a' Chuailein pre-Clearance settlement, Loch-an-lagain. Mounted on board with 5 other photos (numbered separately). A close up, westwards looking, view of the small south-east house and its outhouses and enclosure, taken from its north-east corner. The outhouses are to the left of the camera, and not visible. The far gable was a massive three feet thick. The main settlement complex is seen in the distance on the right margin of the photograph, while the small enclosure and two clearance mounds can be seen to the left of the Feil Dyke running diagonally across the middle of the picture.
Picture added on 24 April 2008