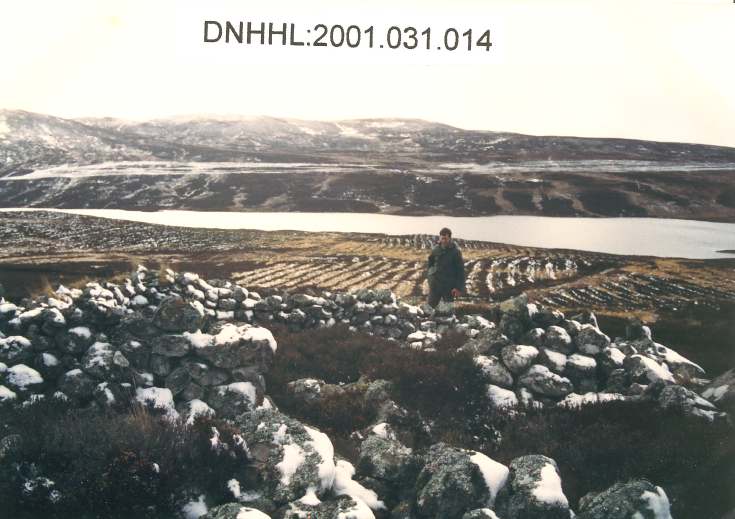 Colour photo of north-west house at Leathad a' Chuailein pre-Clearance settlement, Loch-an-lagain. Mounted on board with 5 other photos (numbered separately). The small north-west house seen from the cart track behind, and looking southwards. The rear wall of the little house lies in the immediate foreground. The front wall, with gap where the doorway once was, lies snow-capped in the middle foreground, while Mr Peter Bowser stands on the far side of the front enclosure wall with, behind him, the waters of Loch-an-Lagain.
Picture added on 24 April 2008