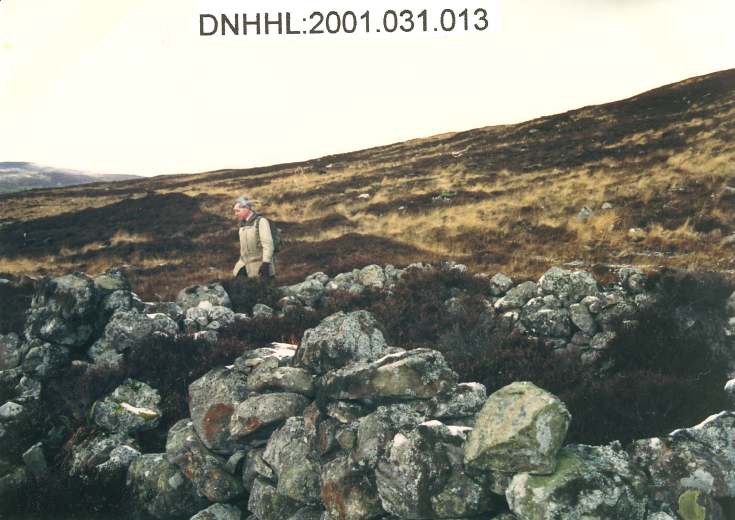 Colour photo of north-west house at Leathad a' Chuailein pre-Clearance settlement, Loch-an-lagain. Mounted on board with 5 other photos (numbered separately). The small north-west house, high up the hillside. The tumbled remains of the front facia of the house cross the immediate foreground of the picture, the gap which was the front door of the dwelling is seen in the left hand corner. Mr James K. Bell, President of the Society, is walking down behind, i.e. outside the north-west wall, or gable. The old cart track behind the little house can be seen, its ruts etched with snow.
Picture added on 24 April 2008