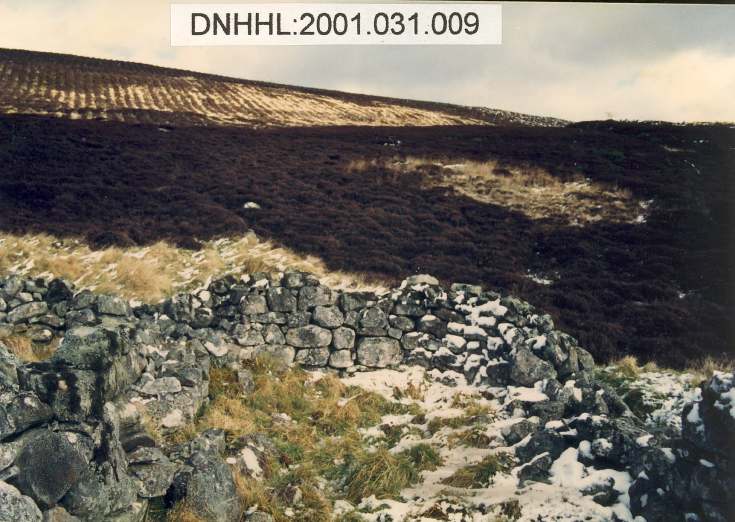 Colour photo of main settlement at Leathad a' Chuailein pre-Clearance settlement, Loch-an-lagain. Mounted on board with 8 other photos (numbered separately). The top of the north room of the east house, showing the beautifully rounded north-east corner of this house highlighted by snow effect. The almost total heather colonisation of the originally more arable land at the back of the settlement is clearly seen.
Picture added on 24 April 2008