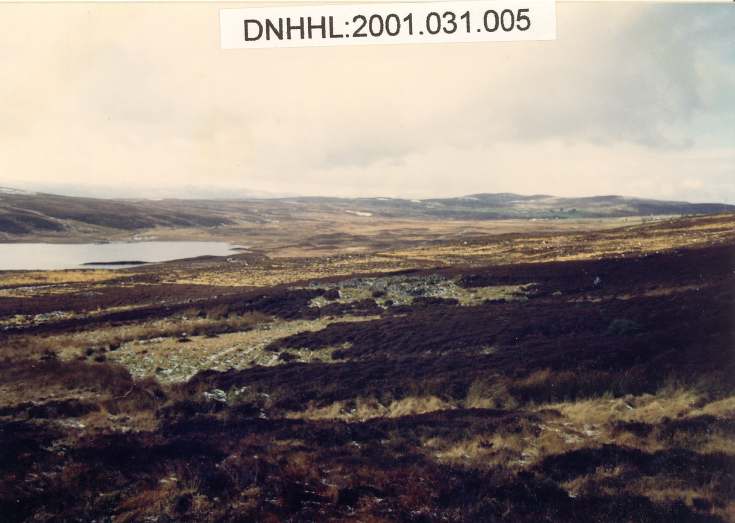 Colour photo of main settlement at Leathad a' Chuailein pre-Clearance settlement, Loch-an-lagain. Mounted on board with 8 other photos (numbered separately). General view of settlement from hillside to the east. The settlement lies full in the centre of the photograph showing its siting on the top of a low, flat knoll, clear of the surrounding sodden, boggy soil. The snow highlights the remains of an old cart track to the east of the settlement.
Picture added on 24 April 2008