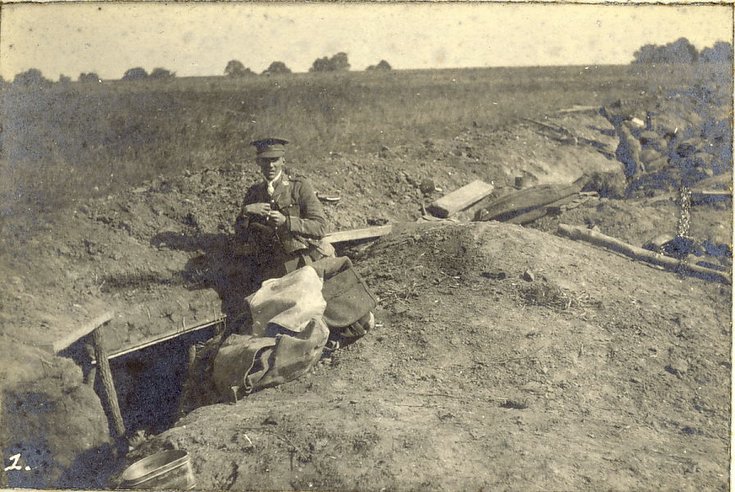 It is acknowledged that, in the main, the photographs in the three photograph albums were taken by Lieutenant Robert Cotton Money, who later served with great distinction retiring in the rank of Major General. The premise in Historylinks display of the photographs is that the albums, with their handwritten descriptive detail, were given by Lieut Money to the Rose family without precondition. In July 2009 the Money family assigned full copyright permissions to the South Lanarkshire Council Museums Service which subsequently confirmed that Historylinks may continue to display the photographs in this image library.
Picture added on 11 February 2009
This picture is in the following groups
Capt Rose WW1 Photograph Albums