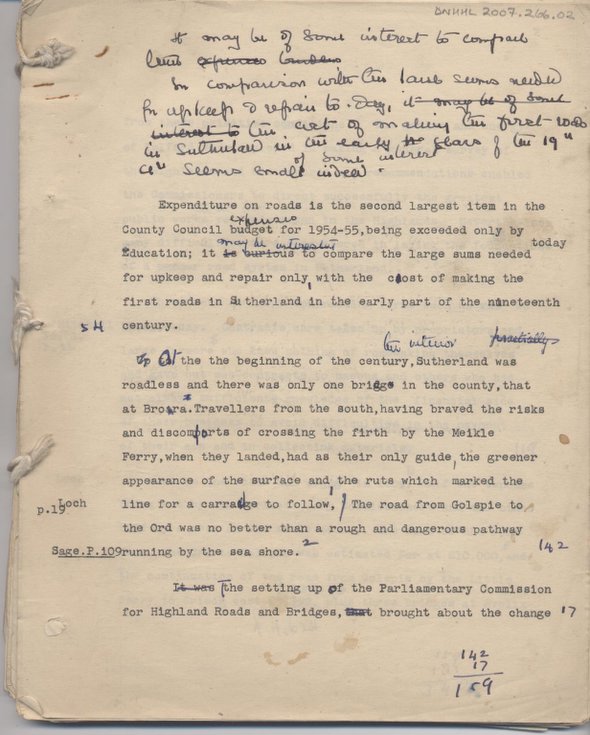 Notes made by Miss Lyon, on the building of roads and bridges in Sutherland from the beginning of the 19th century. Contains typed sheets with handwritten additions and corrections and entirely handwritten sheets. Refers to bundle numbers of original documents. In some cases the reverse sides of other documents have been used for the notes - details below. 38 sheets tied with string. The sheets were numbered in pencil on the reverse during cataloguing.