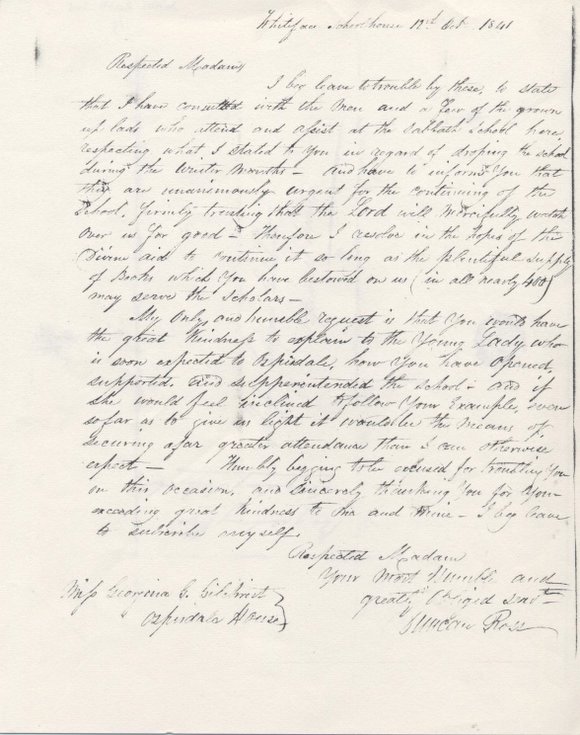 Copy of a letter from Duncan Ross, Whiteface Schoolhouse, dated 12th October 1841, to Georgina Gilchrist, Ospisdale House. The letter thanks Miss Gilchrist for her support in supplying books etc. and states that the men and boys who attend and assist with the Sabbath School want it to continue during the winter. Georgina was the 4th daughter of the second Dugald Gilchrist who died in 1840. His son Daniel married Jane Reoch in 1841. Two loose sheets, letter on one, addressee on the other, plus additional copy of the letter.
Picture added on 22 January 2009
Comments:
Is this the same Duncan Ross, catechist, who died at Birichen.

Thank you for your comment. We do not have any further information about this Duncan Ross but perhaps someone else viewing the Image Library could help? - Administrator
Added by Sheila Wales on 06 March 2012
They were not the same person - one was a teacher at Whiteface and the other was a teacher and catechist in Birichen. They can be seen separately in the 1841 census - one at Whiteface and one at Birichen.