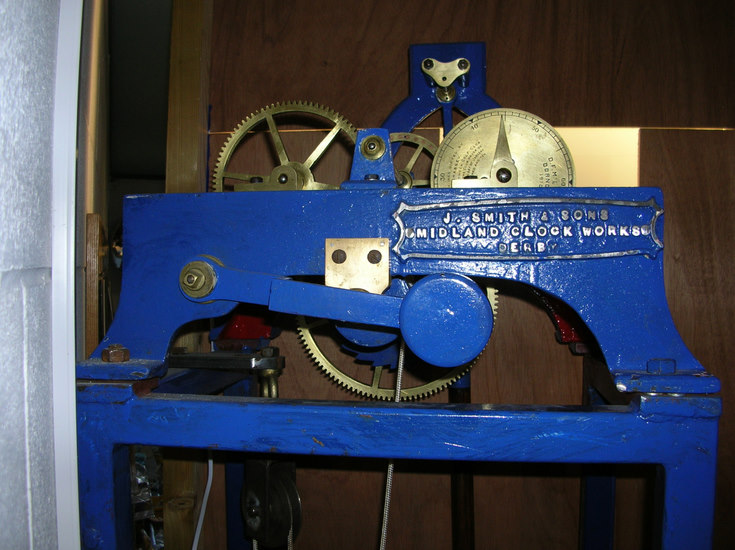 Main component part of the hand wound clock made by J Smith & Sons of Derby, presented to the Royal Dornoch Golf Club by Lord Brassey a member living at Newton Point. It was installed in the new club house in 1909 and it remained in use until the old club house was modernised and extended in 1973, when a new electric lock replaced it. The old clock lay in pieces until it was restored by Mr Robbie Bowie a member and engineer. In 2005 when in good working order it was installed in the entrance of Dornoch's Historylinks Museum. See also 2005_048_02 and 04 and notes on the history and restoration of the clock are at 2005_048_005
Picture added on 24 November 2008
This picture is in the following groups
Restored Royal Dornoch Golf Club clock