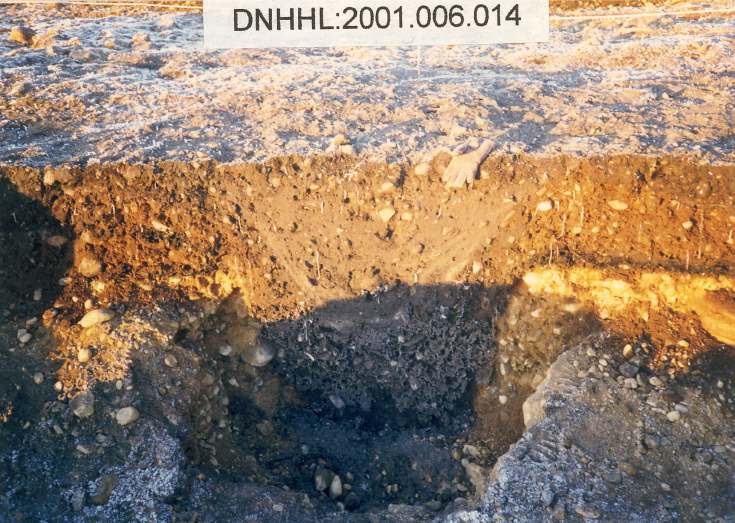 Colour photograph of the souterrain dig at Cyderhall (Sydera) 1987/88. Mounted on paper with 6 other photos (numbered separately). The massive posthole for a major roof support pillar of the primary hut circle. There were at least two built on the same spot, and both had been sacked and destroyed by fire.
Picture added on 24 April 2008