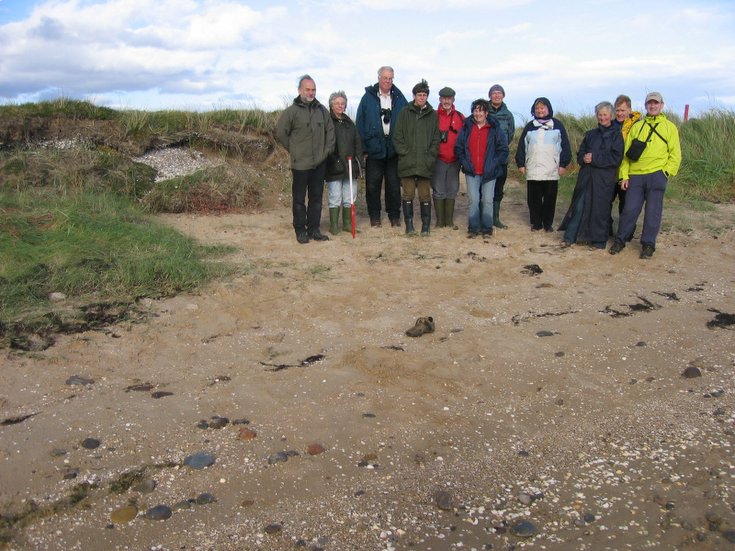 Colour photograph of Dornoch Firth Archaeological Society field survey on Sunday 23 September 2007, with 12 members and visitors taking part. As part of Scottish Archaeology month a survey was undertaken of anti-glider defences south of the Struie golf course, in the intertidal zone of the beach by the firth. About 130 posts were recorded, which is estimated to be about half the total number. Laid out in a regular pattern they were placed there in the Second World War as a defence against invading aircraft, particularly gliders which had been used by the German’s to land troops in Holland. The posts would have had wire stretched between them into which any landing glider would become entangled and broken. See 2008.074.01 - 10 for s series of photographs taken during the survey and 2008.074.11 for grid references of the posts
Picture added on 21 November 2008