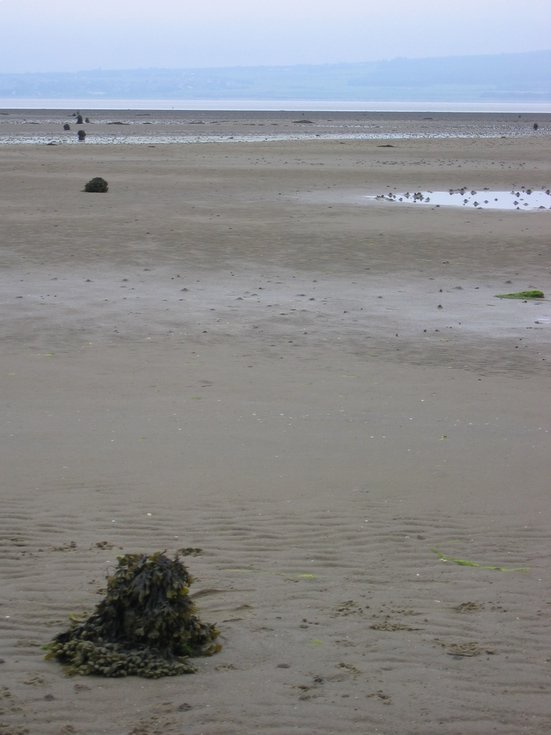 Colour photograph of World War 2 Anti-glider posts in the Dornoch Firth. The wood for the posts came from Astle wood and was supplied by Willy Murray’s ( Kirkton) father Hugh Murray who was a woodmerchant. They were put in by the ‘Pioneers’ AMPS

Along the entire east coast of Scotland efforts were made to prevent German landings. In the coastal firths, large coastal mud flats and fields next to the coast measures were taken to prevent gliders and aircraft from landing. The Germans had used gliders to land troops beside Dutch positions on the large beaches of Holland. Efforts here were designed to prevent that happening. The easiest way was to destroy the gliders as they land by breaking them up.

The basic design was a run of vertical wooden poles set into concrete or even pipes which were placed in the sand. Wire was stretched between the poles which would became entangled around the glider.


Onshore in the fields there was also a series of pits dug in a line across the middle of the fields with the spoil mounded beside the pits. the designs vary depending on threat and available resources. In Fife where the threat was high the poles are quite close to together and are in a zig-zag pattern, forming large squares. These systems were thought to work but their chief role was to deter the Germans, giving the impression of a fortified Britain
Picture added on 21 November 2008