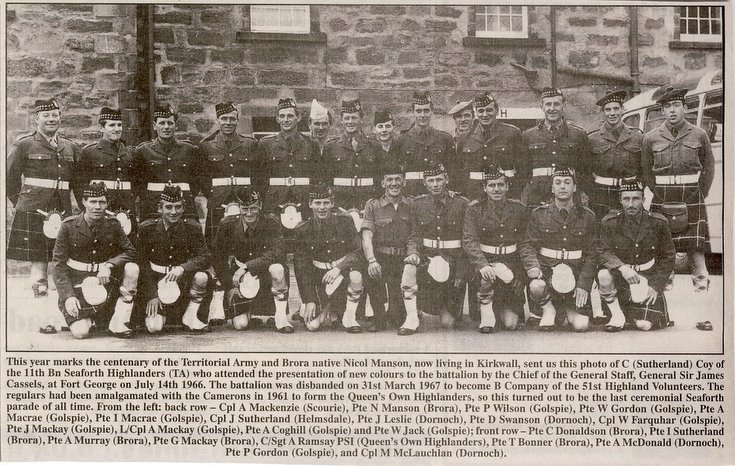 Monochrome photograph from the Northern Times of members of C (Sutherland) Company 11th Bn Seaforth Highlanders TA who attended the presentation of Colours to the battalion by the Chief of the General Staff, General Sir James Cassels, at a parade at Fort George on July 14th 1966. Details of those in the photograph, including men of Dornoch are shown below the photograph.