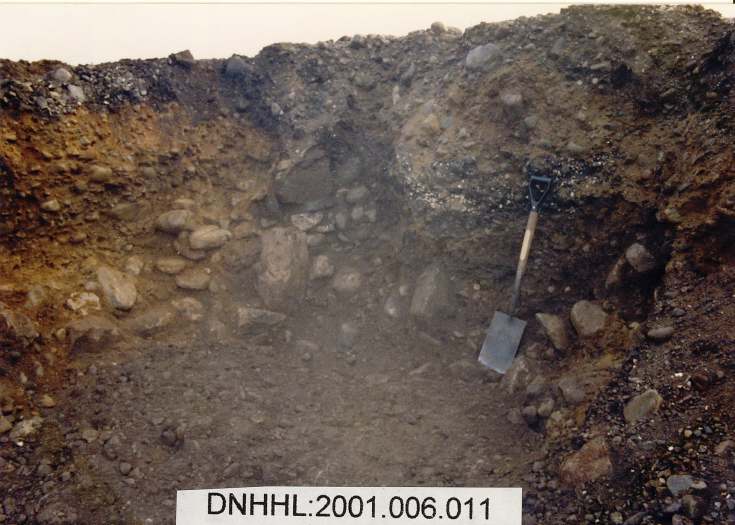 Colour photograph of the souterrain dig at Cyderhall (Sydera) 1987/88. Mounted on card with 3 other photos (numbered separately). The north wall of the souterrain beginning to be defined. The central infill following collapse of the souterrain lies behind the spade, while a shell middan can be seen at the level of the spade handle.
Picture added on 24 April 2008