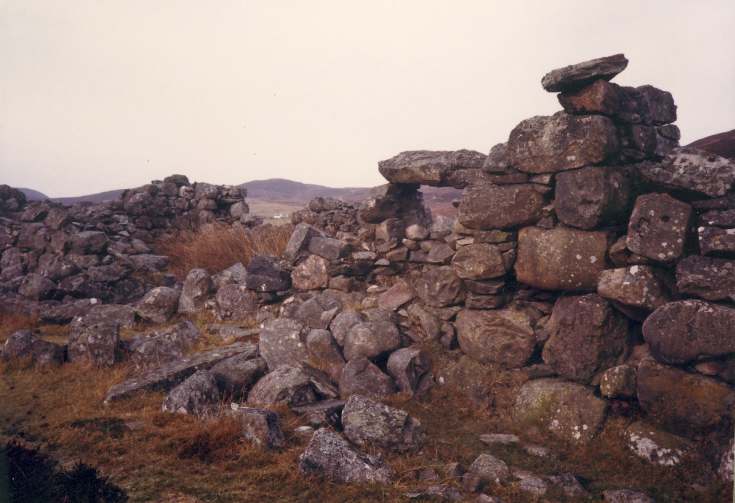 Colour photo of detail of construction of the croft house at Rhian. Mounted on display board with 11 other photos of Rhian (numbered separately).The south east front corner of the main building block, showing the right angled corner construction, originally neatly blocked, but the victim of the ravages of collapse. The butt join of the eastern byre to the original house, suggesting a later addition, the extensive collapse of the front facade, together with the remains of a small (14" x 20") window complete with inner lintel, or seen.
Picture added on 24 April 2008