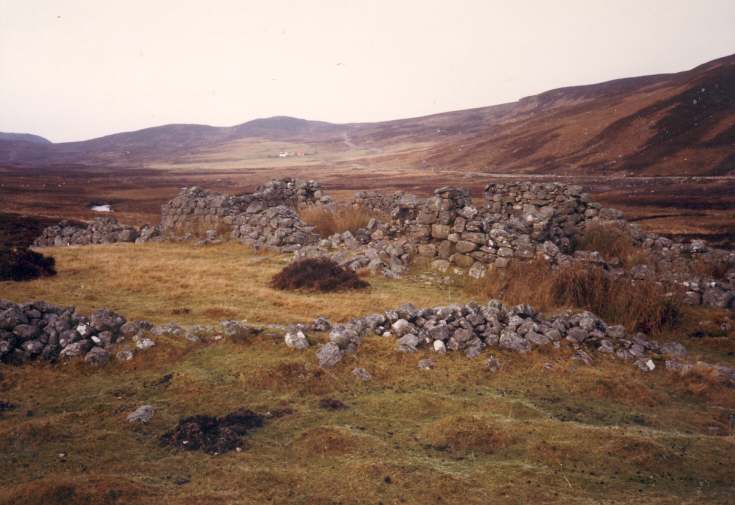 Colour photo of the croft house at Rhian from the south east. Mounted on display board with 11 other photos of Rhian (numbered separately). The front facade of the croft house at Rhian, viewed from the south east, looking towards Achormlarie, in the far distance. The four highest peaks of masonry indicate the four corners of the main house. The west end byre is seen sloping towards the left of the picture, with a glimpse of the Evelix River behind it. To the right, the east byre, or extension of the main house is seen descending among the reeds to its narrowest east gable. Despite the massive collapse of the front of the building, especially about the main entrance and windows, a small (14" x 20") window, complete with its inner lintel, remains (1987), and an idea of the good craftsmanship of the old masons is apparent. 7/2/87.
Picture added on 24 April 2008