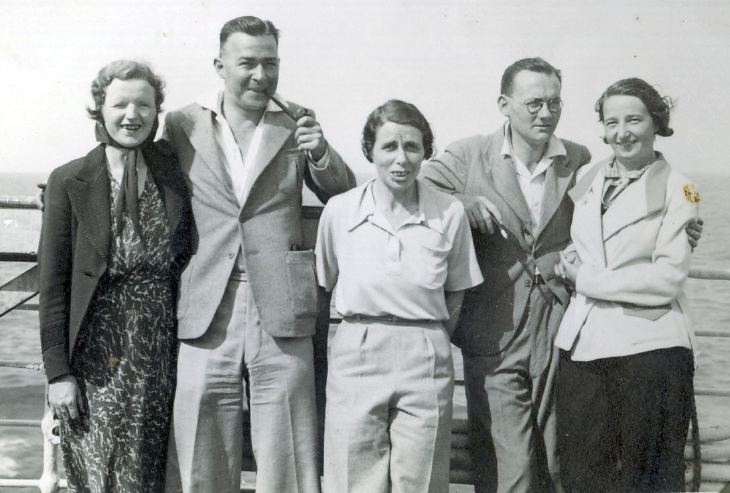 Monochrome photograph from the inside cover of the '1950 Album' of Mr Hardie, Factor of Skibo, showing a group of 5 people at a ship's rail. The group also feature in photographs 2003_084_02 and 03 Probably taken in South Africa and at a later date than the remainder of the album. On the reverse , stamped on back is maker "ROSE MAGNA PRINT".
Picture added on 27 October 2008