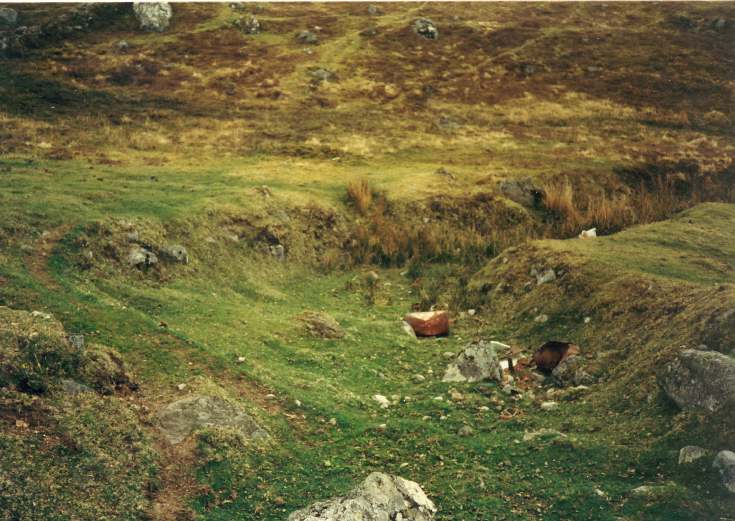 Colour photo of site of Achosnich watermill. Viewed from the end of the mill-lade above, the hollow in the hillside where the mill buildings once existed occupies the whole of the foreground, and the tail-race site hives off obliquely to the right, downhill towards the road steeply below.
This little mill must have been well-nigh two hundred years old, as not only do very few people locally know of its existence, but every stone of which it was built has been removed for other purposes. Never-the-less, the mill-lade and tail-race remain telling evidence as clear cut incisions into the hillside, but they are in the process of being in-filled with domestic and farmyard rubbish, and will ultimately become buried from sight.
Picture added on 24 April 2008