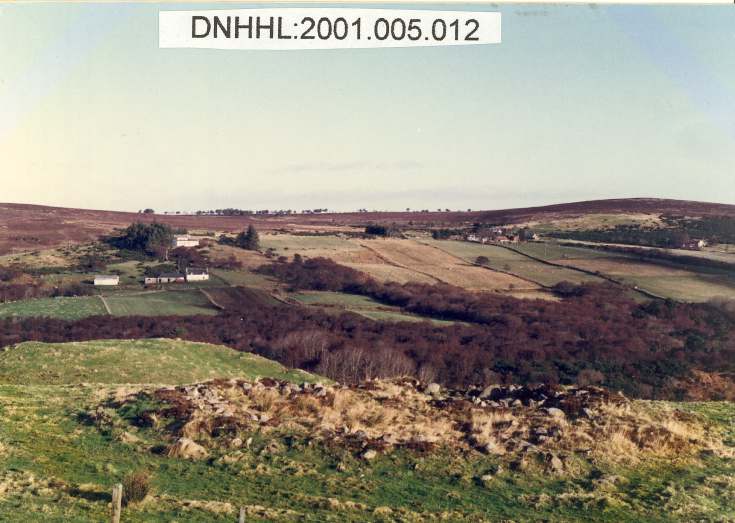 Colour photo of the Creagan Asdale hut circle. Two views (2001.005.011/012) of the Creagan Asdole, or Craig Astle, stone hut circle. On the N.E. flank of Craig Astle (NH 732 923) lie the remains of what has been a very substantial stone-built hut circle. The River Evelix lies, forest-clad, in the bottom of the valley, from whence the farmed slopes of Rearquhar rise beyond. Dating from probable 2000 to 3000 years ago, the hut circle commanded a most strategic view over the entire lower Evelix valley and the hills to the north, and, built on fair arable land would suggest it had been the home of a tribal chief, or leader.
Picture added on 24 April 2008