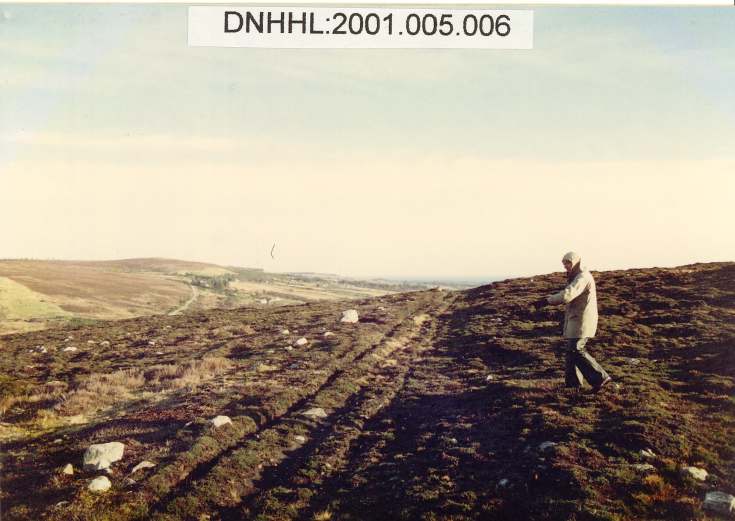 Colour photo of the road to Crask. The high road diverges from the old low Crask track half-way along the Crask, and, striking S.W. of the Settlement, bypasses it for Ouvaig, Rhian and other lonely crofts on the less fertile Southern bank of the Evelix. Mr Jas. K. Bell is indicating both the straightness, and the depth of the ruts as probably being due to very early sledge, slype or, in Ireland, slide car activity. Here we look back, eastwards, towards the sea.
Picture added on 24 April 2008