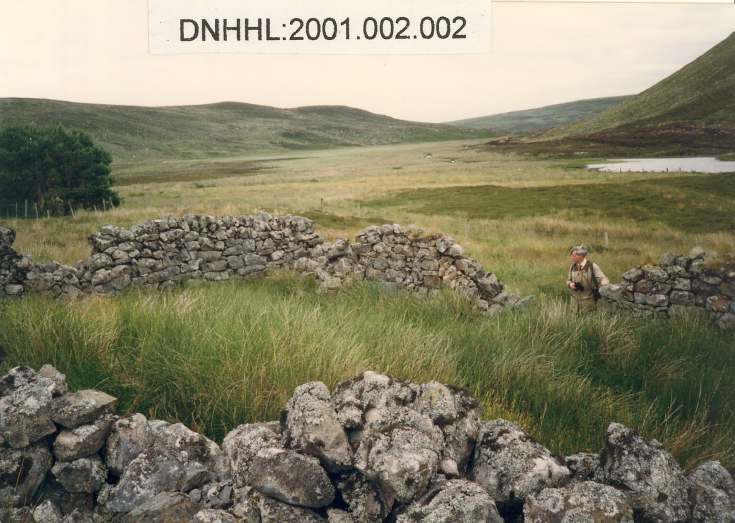 Colour photo of croft house at Ceann-loch-lagain converted into sheep pen. View south-eastwards from the west end of the crescent shaped rear wall, showing Mr J.K.Bell at the front entrance. Beyond him, and to his right, is an area of collapse which could have been a window, and to his left, a similar area of collapse - another possible window? - balances the one seen. Beyond the visible area of collapsed front wall, the (?) gable is seen, capped with cope stones.
Picture added on 24 April 2008