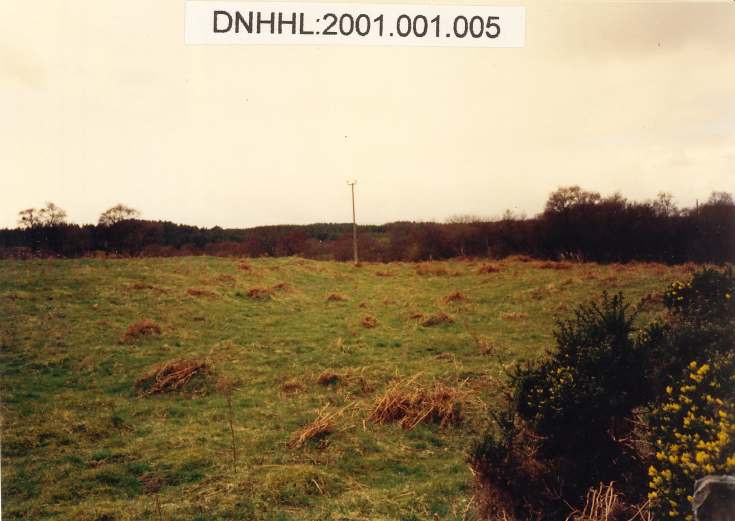 Colour photograph of the Monk's Canal, Rearquhar, showing possible prehistoric channel of Evelix. This dull little view is included as it shows the broad belt of sunken land, conceivable the bed of the prehistoric Evelix veering eastwards towards the coast on the north of Dornoch. Geomorphologically the Evelix is 'captured river', and visual evidence is available in an aerial view in the possession of the Society. The above offers a link between the present river bed and its postulated prehistoric site.
Picture added on 24 April 2008