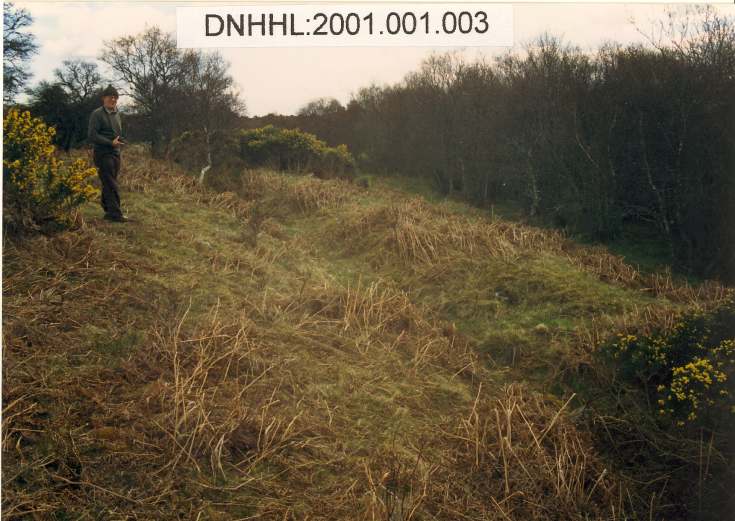 Colour photograph of the Monk's Canal, Rearquhar, east of the Astle Road. This picture shows the channel immediately to the east of the Astle road at Rearquhar School House. The Evelix lies just behind the thicket on the right, while Mr. James Mitchell defines the northern bank of the 'Monk's Canal'
Picture added on 24 April 2008